Death of the Planet,(original music and art)

Death of the Planet (audio) 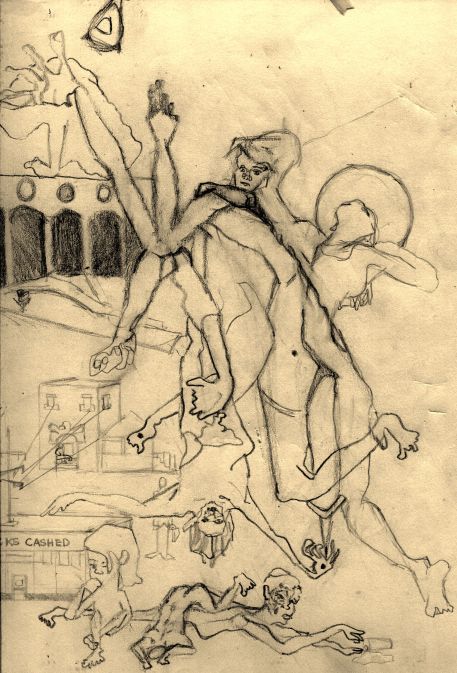 The sun has fallen out of the sky.
The sun has fallen into the trees.
The evil inherent in all mankind
Destroys the planet with chemical products
Produced for profit.
Can we be saved from ourselves?
Can we be rescued?
There are peasants and people in power.
With power comes wealth to buy pieces of land
To build an oil refinery to kill the wildlife
Precious ecosystem, the Earth needs to survive.
Man’s lost touch with water, sky, and plants.
As big business destroys the land
To build metal cages for the giant working class.
Big brother will be installed at last.
Human life is an endangered species,
Caught in a web of lies and they’re watching T.V !!!
Let’s hear the news, the ozone is getting eaten up.
And some say, it’s got nothing to do with me.
The world controllers will tell us how to behave,
Comb our hair, smile, and praise
The United Civilized Nations- a savage creation,
a savage creation.
Better prepare for the Death of the Planet.
You cannot run or hide from the Death of the Planet.
Death and Death
Death of the Planet.

This site uses Akismet to reduce spam. Learn how your comment data is processed.